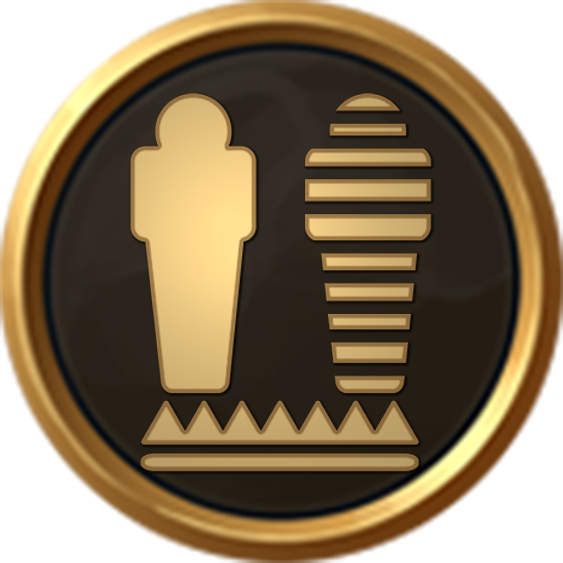 It was already evening, and the air had been colored red by the weak light, which still managed to force its way past the fine moons. Betheul, heretic bishop at the desecrated cathedral in Luciska, the province of Merodak’s third-largest city, pushed the heavy velvet drapes aside to allow him to step on to the balcony and receive the crowd’s cheers. Betheul had welcomed the conversion of Marquis Lazerus. For him, his office had never meant anything but a position of power, and now he had more power than ever before. The divine strength of the One, and the purity of the Church’s beliefs, was nothing compared to the power his study the wonderful magic had given him. He was changed. he admitted that willingly, but the parts of him that had been lost were not missed, at Ieast by him, or anyone close to him.

Then, he was blinded by a shining light that made him stagger back as if struck by an iron fist–confused and scared–away from the balcony and the praise of the people. From the shine emanated an authoritative voice, and it spoke to him directly, without words, but in a language he still understood.

“Brother Betheul,” it said, “Why do you hurt me and my people? You destroy yourself and Most those you love by turning to the Darkness. Only when it is too late will you realize what you have done. if I do not free you from your delusions with my purifying light.” Betheul felt how his heart was filled with a supernatural force. which reached into the darkest corners of his soul where it spread a curious warmth.

He lost consciousness for a few moments. When he woke to life he could hear the calls of the people, but he knew immediately that he would never be able to meet their adoring glances. He would never be able to accept their admiration as a servant of evil. Without thinking he collected his most important possessions. threw on his bishop’s robe and opened the door to his chamber.

He had to leave Merodak.

Gemini’s world, under the darkened sun, is a world of constant change where ancient forces fight for the rule of its inhabitants. The pure-hearted servants of the One are engaged in a bitter struggle against the hated Darkness which changes people, tempts them, and twists them. It is largely in the hearts and minds of people that the most important battle is fought.

As a character in Gemini’s world, you can change in three ways. Partly you can earn experience points (by fighting bravely, performing heroic deeds, thinking of creative solutions, and role-playing well). Experience can be used to improve the character in several ways, among others, by raising knowledge levels and improving attributes. Partly your character’s nature can change when he commits sins, is forced to undergo an exorcism, or lives according to the scriptures of the One. Finally, his wellbeing can change, due to wounds, curses, or blessings. How these types of change work is described in this chapter.

Deciding who deserves experience points is a task that falls to the Narrator and the Narrator alone. Remember to not be overgenerous with handing out experience points, since you can get a ridiculously powerful gaming group quite quickly. Obviously, you cannot be too tight-fisted either – the players can lose their fervor if their characters never get any better than they were at the start. Experience points are handed out at the end of each Episode. We recommend that you give out between I and 4 experience points per person, per finished Episode. Any more than that should never be given out, other than in extremely exceptional circumstances, where as many as eight experience points can be justified.

CHARACTERS SHOULD BE GIVEN EXPERIENCE POINTS UNDER THE FOLLOWING CIRCUMSTANCES

Experience points can be spent in four ways, either by buying knowledge levels in a knowledge area, buying specialization levels, by raising an attribute, or by changing your nature. Experience points must always be spent immediately when you get them and are recorded in the appropriate place on the character sheet. If the spent experience points do not lead to a raise they are saved until the next episode is finished. Observe that you can spend a maximum of two experience points on the same thing after each Episode.

Certain knowledge levels require an explanation. When you have knowledge level 0 you lack any sort of training within the knowledge area, but you are still able to succeed with actions connected to it, though obviously not with those which have a high difficulty level.

From KL0 to KL6, the character’s knowledge within the actual area increases, and reaches its highest point – a character can never have more than KL6 in any knowledge area. On the other hand, he can raise certain more narrow fields of knowledge further, by specializing. In this way, you can reach a maximum of KL8 in your specializations. To become more skillful than KL8 requires you to raise your attributes.

When you buy extra knowledge- or specialization levels, the increases must be motivated by the fact that the character has, under a long period of time, performed actions that are connected with the knowledge area or specialization. So you are not allowed to buy an extra specialization level in the weapon group One-handed Swords if you have not actually used a one-handed sword during the last episode. Characters should also not be allowed to learn completely new knowledge areas if the change is not motivated by the story.

* The cost is doubled for the Magic knowledge area.
** The lowest possible specialization level is obviously 1.

Raising an attribute costs 20 experience points. An attribute can never be raised more than five points above the initial level, and never more than one step at a time. A raise of an attribute is a very large change for a character and must be motivated by events that have occurred during the ongoing story. Remember that it is the Narrator’s decision if the character should be allowed to raise their attribute or not.

If the Narrator wants to, he can allow players to use their character’s experience points to change their nature. For every spent experience point, you can raise or lower your nature by one. Obviously the nature must be changed in accordance with the events which have occurred during the last few episodes. A character should, for example, not be allowed to raise their nature if he has performed actions which are opposed to laws of the One, or lower it if he has spent the last few adventures studying the writings of the Marquis in cathedral libraries. Generally, it should be easier to lower your nature than raise it.

The people who inhabit the world are born neither good nor evil. They are born as blank pages, with empty souls, hungering after meaning, idols, and teachers. Unwillingly they are formed by their environment, experiences, and the impressions they get from the world around them. They are tempted in a certain direction, and are drawn either towards the enticing Darkness, or the eternal light, or they refuse to take a stand either way.

In Gemini, characters’ natures are controlled by points, which regulate in which direction you are swaying; if you embrace the Darkness, or bravely fight for the One, the light and its holy ideals. A character always begins the game close to 0, as neither directly good nor evil, if he is not a servant of the Church, a heretic, or a magician (or other spellcaster).

HOW DOES YOUR NATURE CHANGE?

A character’s nature can be changed in several ways. It can be affected by how your character acts, if he constantly performs actions that oppose the law of the One, his mind will slowly but surely darken, and his soul will become an easy target for the Darkness. However, his soul can be purified by extensive spiritual care, the Darkness can be exiled by exorcism, or a true devotion to the One and his church. The Narrator keeps records of the characters’ Nature and informs the character every time his nature changes so much that it becomes noticeable, i.e. passes a turning point (see The Nature’s meaning). When this happens the character records his new nature on the character sheet. In a gaming group with widely different natures, it is suitable that these are kept secret.

THE MEANING OF YOUR NATURE

Your nature is important for several reasons. Partly it determines how easily your character is affected by the influence of the Darkness, how much you fear the Church’s servants, and if you can see that a person is a heretic, but it also decides a large part of your character’s character. As your nature changes your character’s personality will also change, maybe to the point where his own friends will not recognize him.

The table below is a guide to what happens to your character, his personality, and abilities when his nature changes. Remember that the changes happen gradually, and the given borders do not indicate that the character changes immediately, but that he slowly but surely reaches the state described in the text. Observe that a person does not necessarily have to be evil, or fighting on the side of the Darkness in the struggle for Gemini’s world for him to have a nature of -10 or lower. But you obviously become more susceptible to the Darkness’ influence and its traitorous temptations, as you sink lower.

A character’s wellbeing is extremely important for his or her physical and mental capabilities. If you feel bad, mentally or physically, because of wounds, exhaustion, or magical interference, your capabilities are worsened unconditionally. Your hand becomes shaky and you miss an easy target, which you would have hit if you were your usual self. You react slower, become more easily frustrated, and give up when you would normally have made at least a dozen more attempts. In Gemini, a person’s wellbeing and capabilities are regulated through levels, which can be positive or negative. Things, which can affect a person’s wellbeing negatively, are, for example, wounds, and the curses of the Darkness. For every step that the barometer sinks below 0 the difficulty level for everything the character does increases by -2. If the character wants to perform an action that is normally of medium difficulty (DL 0) but the wellbeing barometer shows -1 because of a light wound in his arm, the action gets DL-2. There are much fewer things that can affect the wellbeing barometer positively, only the forbidden magic, the dwarfs’ powerful body adornments, or the blessings of the One’s priests (how this works is described in respective chapters). For every positive step on the barometer the difficulty level of actions you want to perform sinks by +2.

Back to Home
Back to Library

by: PhoenixMark
See All Pages

I'm sorry, but we no longer support this web browser. Please upgrade your browser or install Chrome or Firefox to enjoy the full functionality of this site.