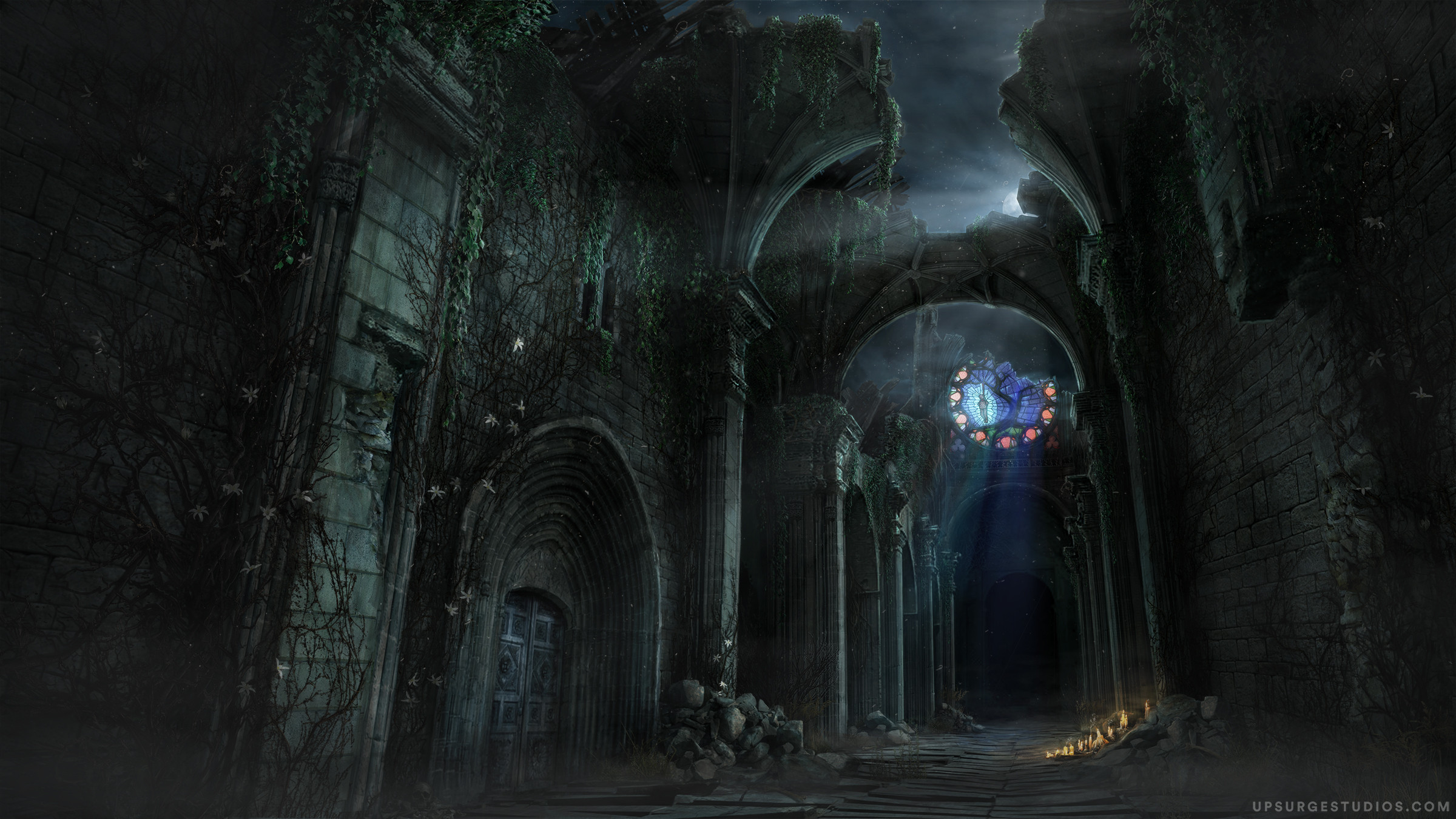 A forlorn and abandoned cathedral

The sun has been veiled and the Dark Martyr released.

An ancient darkness emerges from beyond the Iron Gate. waking the slumbering demons that feed on human faltering, egotism and cruelty. It works to shatter the goodness by tearing the primeval truth apart, replacing it with its own. Pious priests and valiant Knights Templar behold in terror as the Darkness infiltrates the Church’s inner circles, seducing the sacrosanct. Behind the protective walls of mighty cathedrals and castles, followers of the One do what they can to defend their belief from the taint of darkness, but in their eagerness to resist, they fall.

The powerful sovereigns of mankind stand divided, foolish enough to decline the peace offered to them by their archenemy the Church, refusing to unite with them in the struggle against the growing Darkness. Forlorn, without divine protection, they are an easy prey for the scheming heretics.

In her remote realm beyond the mountains, the elfen Queen mourns her treacherous vassal Malachdrin’s fall to the tempting Darkness.

The proud dwarfen people stand divided after an inane treason. They are weakened, but not wasted.

There is no unity, but that of the growing Darkness.

But there is hope.

In this accursed world the noble, the fearless, and the brave fight the abhorred Darkness. A pair of twins, marked by an ancient prophecy, journey through the war-torn land guided by a guardian in an attempt to seal the Iron Gate. Servants of the Darkness fall low in their wake, determined not to let them succeed.

I'm sorry, but we no longer support this web browser. Please upgrade your browser or install Chrome or Firefox to enjoy the full functionality of this site.